Home » Who We Are » Our Building

The epicenter of operations for The McGowan Companies is Old Forge Centre, a 50,000 square foot, chestnut brick, Georgian-Colonial style office building situated amidst the peaceful backdrop of the Cleveland Metroparks in Fairview Park, Ohio.

In 2001, the company moved its core operations to the new facility after a lengthy period of designing and building headed by the McGowan family.  “In my opinion, if you want to build a building, and do it the right way, design/build is the only way to go,” said Thomas B. McGowan, IV, President & C.E.O. of The McGowan Companies. Teaming with Mr. McGowan and family was local renowned architectural group Arkinetics, led by Bruce Taylor and Telamon, a prestigious commercial building firm.

From the moment you turn into the driveway and are greeted by the vibrant amelanchier and dainty roses that frame the gently lit Old Forge sign, the attention to detail that has gone into the design is strikingly apparent. Four story magnolia white fiberglass pillars seem to hold up the brightly illuminated McGowan Companies’ crest on the front of the building. No detail was missed on the interior of the space. The two story lobby glistens with ebony wood furniture neatly situated atop phthalo green marble which is beautifully patterned with matte travertine tile.  On the third floor lobby, guests are welcomed with the same elegance from the grand entrance below, along with a mural painted by a former Luftwaffe pilot who moved to the United States after WWII. Pieces of the same mural can be found throughout the traditionally appointed remainder of the third floor.

The uniqueness of Old Forge Centre lies not just in its building design, layout, and décor. The structure is very carefully affixed upon a sheer and dramatic cliff overlooking the Cleveland Metroparks Rocky River Reservation, one of the many areas that make up the “Emerald Necklace” which consists of nearly 22,000 acres of wooded preservations. The building was creatively engineered with a sophisticated design made of sheet pylons and caissons making possible the breathtaking views of the majestic red and sugar maple trees from balconies on the first, second and third floors, along with the expansive terrace level patio. Guests and employees can spend time outdoors enjoying the sights and sounds of the area from a picnic table or the gazebo boasting 360 degree vantages.

The building exemplifies our purpose and our mission, the perfect combination of comfort and professionalism. 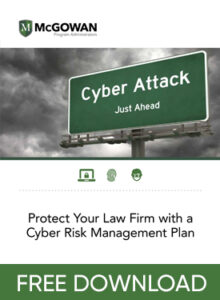 Credit cards and debit cards have become ubiquitous.  They are convenient.  Everyone takes them.  They truly are replacing cash in most consumer interactions.  While many carnivals and concessionaires still live in an all cash world, more and more are moving toward accepting credit and debit cards.  Recently, I did a very un-scientific study by checking […]